Ornithological diversity in the wider Nin area, including the Nin Saltworks, amazes many scientists and nature lovers because up to 220 bird species can be observed here. Nesting, migratory and wintering birds inhabit the area of ​​the Nin Lagoon and most of them are present during the autumn and spring migration. Over 150 bird species have been recorded in the Saltworks area (158 species, in 2019), 41 of which are in one of the endangered categories.

Among the wetland birds, the most famous ones are: black-winged stilt, little egret, Kentish plover and kingfisher.

The black-winged stilt (Himantopus himantopus) is a bird that mainly lays four eggs, characterized by black dots. The bird chose this habitat because of the brine shrimp that it feeds on. The stilt captivates with her appearance, black back and wings and white belly and neck, but also with long, thin, red legs. The stilts are very sociable. Outside the nesting season, they keep in small flocks, usually 5-10 birds together, and often engage in mixed flocks.

Kentish plover (Charadrius alexandrinus) is a smaller species of bird, a relative of the stilt, which unfortunately is becoming increasingly rare today and according to the Red Book of Endangered Birds of Croatia belongs to the endangered species. 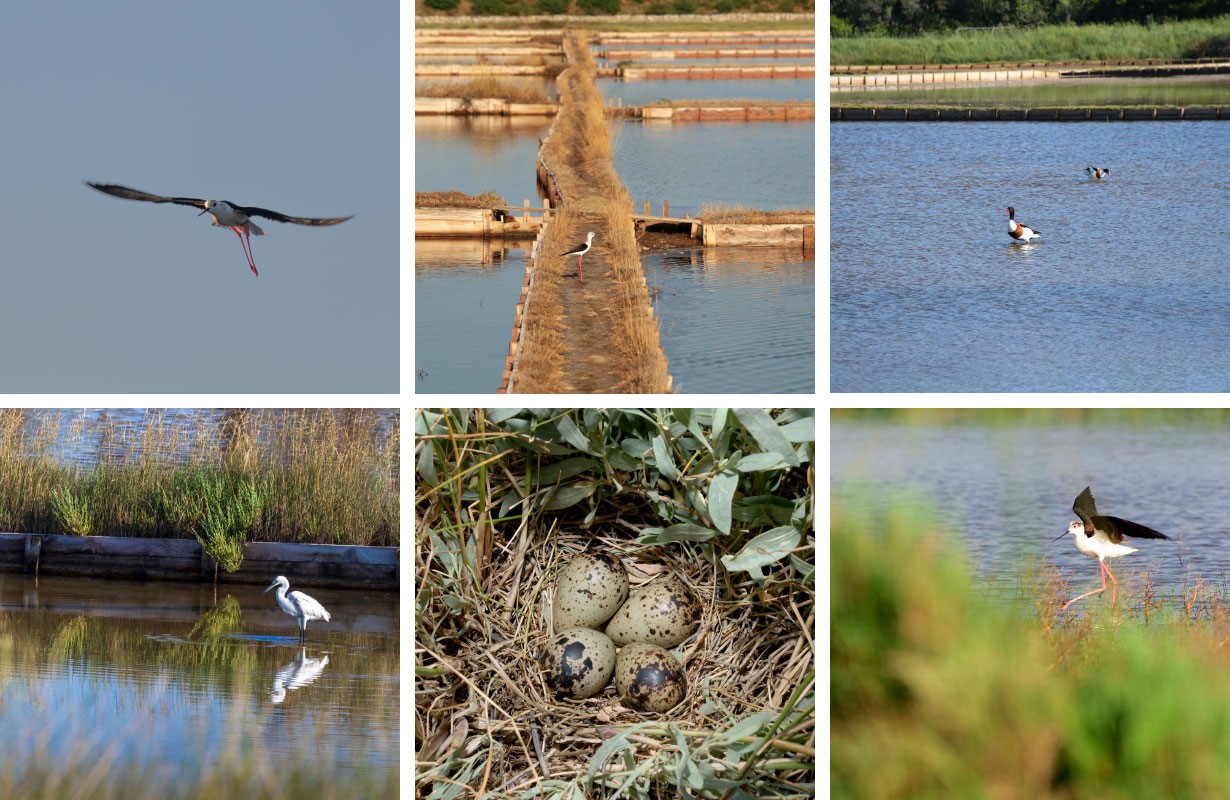 The Mediterranean toothcarp, only 3 cm long, lives in the first two stages of the evaporation pool and is considered an endangered species due to the disappearance of suitable natural habitats. The unique miniature brine shrimp is also interesting, as it is remarkably well adapted to life in extremely salty water, but also to drought survival. Its eggs are visible only under a microscope and laid in the mud they can survive without water for up to 10 years.